Drone is the modern CI/CD platform providing the most plug-ins available to Google Cloud users, helping developers ship their features and bug fixes in minutes into production on Google Cloud. Implementing Drone into a deployment workflow allows enterprises to have significant advantage bringing applications to market quickly, as well as reducing costs along the way.

Container-native and works with any language that runs inside a container, Drone’s CI/CD platform is available to the open source community, as well available via an Enterprise on-prem edition. 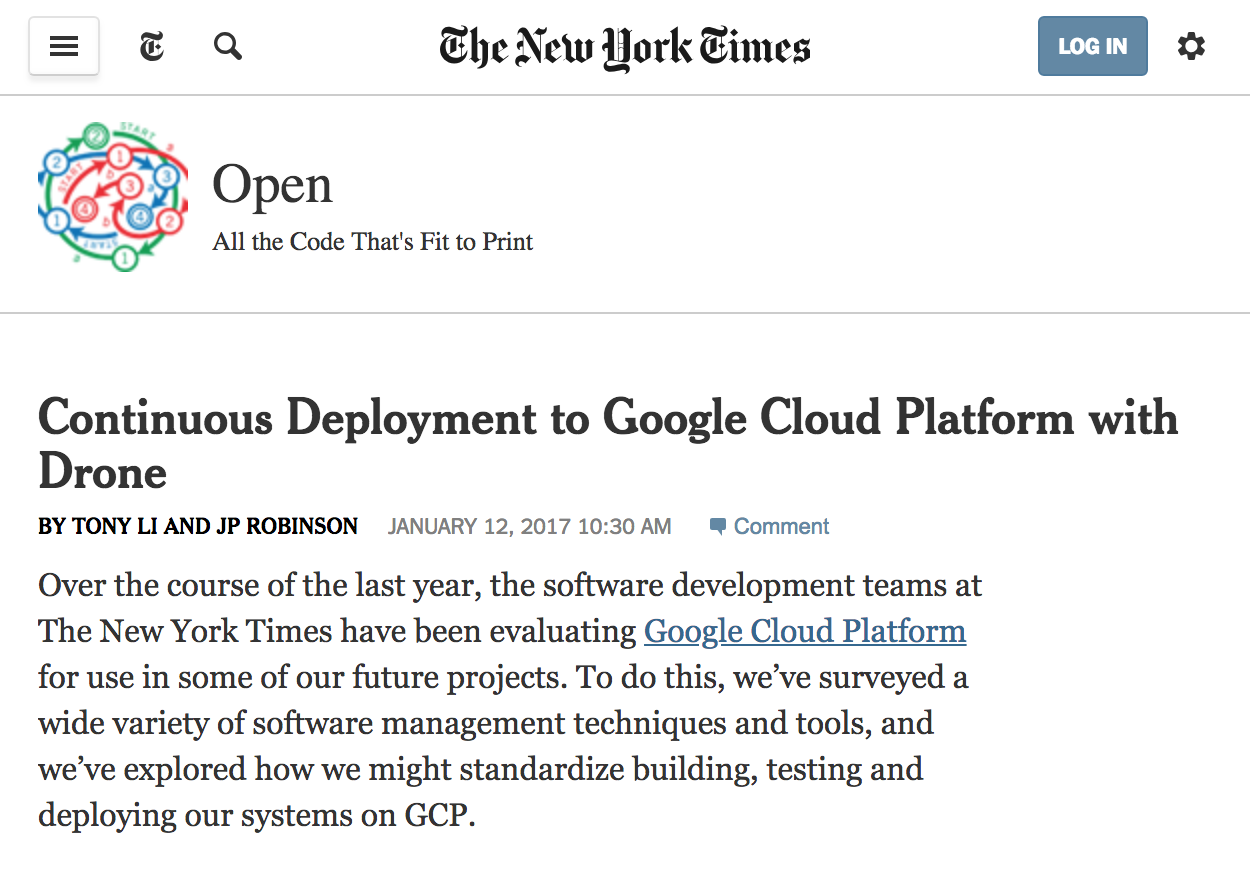 Attending Google Cloud Next? Be sure to check out The NY Times session, The New York Times Runs on GCP: A Transformation that Enabled Developer Autonomy and Powered Operational Maturity, on Wednesday at 1:55 pm.

Get Started with Drone on Google Cloud

Drone is modern CI/CD. Container-native and available via open source and an enterprise on-prem edition. Try it today.